2091riveraisrael is a Graphic Artist, and is widely known as the Main Developer and Illustrator of Dark Aegis, and the main creator of Dark Kim Possible. He is also known to be credited alot for his ideas on Kim Possible and also happens to be freinds with Manga Graphic artist Todd Tennant, as well as Slyrr.

Dark Aegis however was never published on the Internet, in 2007, and was since than declared lost after an Electrical surge shut down 2091riveraisrael's Tower and erased his entire memory, along with Dark Aegis II, and III, leaving only Hokus left in existance.

While Poking Around Through Websites with his new and Improved Email Address Meowjar, he was always taking part In Games Online that he was never able too reach in the past years of 98 and was finally even able to also take part in The Gi Joe games that he loves so much ever since he first saw Gi Joe In 1994. Rivera was having the time of his life and was starting too really live in the good life of Internet Surfing ever since the fall of the 90's and the Rise of the Twenty-first Century of 2000.

However not everything For Rivera was going according to plan. During the Early events of the 2000's Rivera began having difficulty locating certain music that he always is a fun of, such as Transformers The Movie's The Touch that was written and Sung by Stan Bush. Ever since he saw the movie In the early Months of 2004 At the age of 13. Susan later introduced Rivera to YouTube.com On April 12th of 2007. YouTube Is A Worldwide Video website that people can post anything, on even Transformers The Movie.

Excited Rivera joined YouTube and was finally able to watch things that he was never able to get too on Google.com during the Early years of the 21st Century.

Meowjar was shut down due to the fact of being locked out and the creation of riveralee2000, The last video that was posted on Meowjar's Account was Rivera & Israel, after that meowjar was locked out of his account The old meowjar account consists of a grand total of about 278 videos along with 13,469 channel views and a grand total of about 962,253 Total views. Despite being locked out of the account YouTubers still comment on the channels, but those who do will never recieve a response. The account still remains on YouTube.com but just can not be accessed. 2091riveraisrael was launched 2 Weeks after the locking of meowjar to take over the old channel.

2091riveraisrael's art style is also shown to be well done when it comes to shading, and adding effects when it comes to Ink & Pen drawings as he is shown mostly creating smoke, shadows, and shaded areas with nothing more than a pen, he also is shown to top of Images that are complted sometimes with pencils coloring them in, shading the Image as both Grey and black ink. After scanning the Image and placing the drawing on Computer, 2091riveraisrael mostly concludes the drawing by inverting the colors and transforming the Imae into black and white, in which he refers the Image to look much cooler and mor entertaining when the color is Inverted, the only time 2091riveraisrael would not invert colors toward an Image is when he adds pencil effects towards the drawing.

As a Graphic Artist, 2091riveraistael's biggest hits are shown mostly from Photoshop, and Nova Development Explostion, as he is shown to be a large expert when it comes to creating Graphical images in order to illustrate a story or an event that he has created, while at the same time Photoshop and Nova Development Explostion was also used by 2091riveraisrael in order to try and construct drawings that he is having difficulty on doing by hand.

Although a well balanced Artist from Southeast USA, 2091riveraisrael has difficulty creating over certian images including Humans.

Note: All 3 Dark Aegis stories were lost in an Electical Surge during a storm on New Years Day, in 2008, Hokus was the only surviving Fic of the surge... 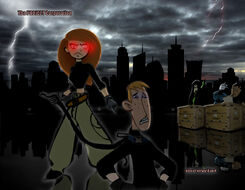 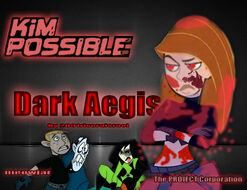 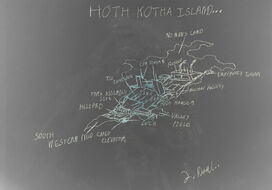 Hoth Kotha Island, was the main Setting for Durability Hall drawn by 2091riveraisrael in 2014... 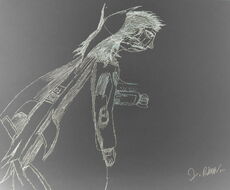 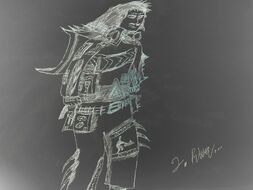 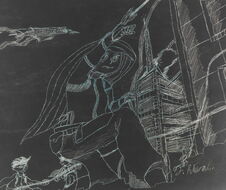 Concept of the Hoth Kotha Incident of 2008, that occurred in the Fan Fiction Durability Hall.
Add a photo to this gallery

Retrieved from "https://kimpossiblefanon.fandom.com/wiki/2091riveraisrael?oldid=8273"
Community content is available under CC-BY-SA unless otherwise noted.